Back on the tour bus, with a whole new entourage. Glad I didn’t learn the names of the last one. So confusing- I don’t know how Willie Nelson does it! And these groupies really seem to have no idea what the job entails. Very poor.

I’m headed down to Portland, Oregon from      the lovely Seattle, and I’m kind of sorry to be leaving. It’s one of my favourite towns to visit, and I look forward one day to seeing some of it… My sightseeing this time consisted of hauling my gear a mile or so through impenetrable fog from the bus station to the hotel. By pure luck, I’d chosen the charming Belltown neighbourhood in which to base myself- it’s a quirky spot with a nice mix of hipsterish bars and very picturesque homeless people. I fed and watered at the Belltown Pub, and got dolled up for the gig.

Friday’s gig was at a joint callled Boxleys in North Bend, a half-hour drive from the city. A musician-run club, it’s heavily involved in jazz education, and is part of a developing cooperative with a few other clubs in the area, the idea being that eventually touring players will be able to do a circuit of the region, instead of playing just one club. We had a very enthusiastic crowd in attendance, including a lot of kiddies, which meant I had to tone down some of the intense, X-rated portions of my patter; and the goat got the night off. After the show, one of the kids came and asked if my album was available on iTunes, because he doesn’t own a CD player. I took my dentures out and threw them at him. 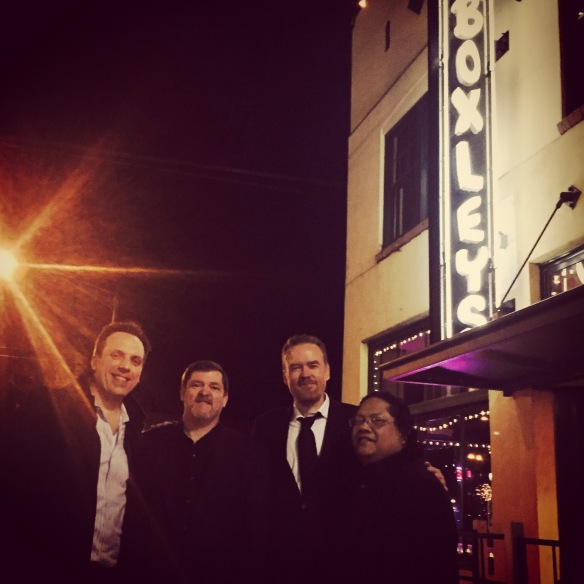 After I got back to the hotel, I thought a wander through the neighbourhood was in order. The first bar I went into looked strangely familiar. Bars two through seven rang a bell too. I eventually realised that I’d stumbled into the same neighbourhood my mate Dan and I had bar-crawled through two years earlier. I figured that made me a local and breezily told the bartender to “put ’em on my tab” as I sauntered out the door. At least, that’s how I remember it. It would also explain the bruises. 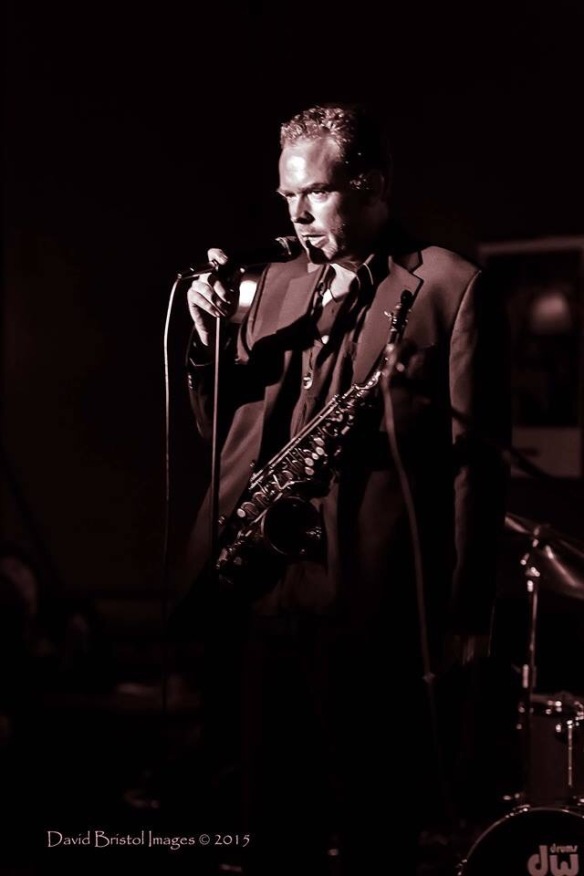 Saturday night found us in a town called Renton, just south of the city. A pretty new club, Shuga is a sprawling pile with bar, restaurant and music room all separate from eachother. The owner had sent me panicky emails for weeks prior, concerned that we wouldn’t have an audience. I didn’t tell him that the time spent writing me these emails could have been spent promoting the show. He also hired a singer to sit in with us, to increase our allure. Normally if a club owner did this, I would tell him to sit on it, but I’m the out-of-towner here, so I took it. Turned out she was very nice and a good singer; and the crowd was fine, and all stayed to the end, so everyone was happy. On a break, I took a stroll through Renton’s deserted streets to get some cash. Suddenly I tripped, and found myself in a neighbourhood bar where I ran into every resident of Renton. Packed it was. And for karaoke. As I walked in, someone in the corner was dismembering Frank Sinatra, while the crowd ignored him enthusiastically. Then the next tune started and my ears pricked up to the opening strain of Journey’s “Don’t Stop Believing”. With a cheer, 100 or so Rentonites raised their Budweisers and started singing along. I joined in, and for a minute, the good people of Renton and I were one. I went back and finished out the gig, playing my part as a sophisticated, jet setting jazz musician. But deep down, I knew I was just a small town girl, living in a lonely world.

Next up: homemade clothes, craft beer, strip clubs, and the mustiest hotel room this side of the Mustiville! Cheers, Nick

Workin. Thanks for coming out and hanging, New Brunswick- that was a gas. With the grooviest: @jcstylles, Kyle Koehler, @jasontiemanndrums! 📷: @simon.rhys.thomas
Promo photo goals. #bonscott #angusyoung #acdc⚡️
Someone knows me very well. This is excellent. #garryshandling #comedy #legend
New Brunswick! We’re coming for you! #newbrunswick #jazz #nbjp #nightowl
Why would Kyle Koehler, Peter Bernstein, Fukushi Tainaka, and I be hanging in a bar in Long Island City? #friedpickles #jazz #nightowl
This is what it looked like. Smalls, man. #edcherry #smallsjazzclub #nightowl 📷: @thisisdavidl
%d bloggers like this: